When you’re doing research on starting your blog you might see a lot of people recommend focusing on Pinterest as a quicker way to get traffic over SEO (search engine optimization) because SEO can take up to 6 months to kick in, if you’re doing it right.

That’s what I chose to do with my first blog. SEO seemed so complicated and the “best” courses were $500 (no I’m not joking).

I started a blog to help people, but also to make money doing it and that’s probably why you wanted to start your own blog. That’s why you’re willing to spend money on hosting, and courses, and keyword search tools. That’s why you spend hours doing research on how to start a blog and how to make it successful.

So I followed some bad advice and put all my energy into Pinterest because it promised faster results.

Not learning SEO first was a huge mistake on my part.

I figured SEO would happen by itself over time, after all many other bloggers said you just had to wait 6 months for it to kick in, and I could just focus on Pinterest and get that fast traffic in the meantime.

It seemed to be going OK at first, my Pinterest traffic wasn’t climbing as quickly as other bloggers did but as long as it was steadily climbing I was willing to be patient.

Well, when 2020 came Pinterest updated their algorithm and everything went to crap.

It seemed ok at first, I was getting a few viral pins every month. Up until May I was pretty darn happy. But the thing was viral pins are just random temporary blips, not a sign of real growth on the platform.

Then my traffic sunk like it just hit an iceberg.

For a while they were telling people to stop repinning pins, then repinning was OK but they still wanted more new pins than repins.

I started making more and more pins, I was uploading new 5-10 new ones a day and yet aside from a viral spike in August my traffic was back down to January levels.

Every blogger who emailed them got different vague replies that totally went against what they were seeing on the platform.

Why are we spending hours making new pins if only the old ones are being circulated?

Of course not every account on Pinterest was suffering, but it was mostly the older accounts with tens of thousands of followers that were still doing ok.

The thing I wish I knew a year ago was that the better strategy would be to focus on SEO first.

Now sure sometimes Google updates their algorithm and people freak out for a few days, but generally it’s a bit more stable.

That does not mean that you should only focus on one platform, in fact diversifying your traffic sources is really smart.

However, I’m going to tell you to get your SEO foundation down first. Do not wait, because after hitting your head on the wall in frustration with Pinterest for weeks or months you’re going to start looking to SEO.

You’ll look at all your posts that aren’t getting organic traffic because you didn’t do keyword research the right way from the start and want to kick yourself.

You’ll also find that SEO isn’t as complicated as you thought, but it isn’t just using Yoast or RankMath and getting a green light isn’t enough.

I was so intimidated by SEO initially but after a few weeks of research I realized it wasn’t half as complicated as I thought.

I’ve shared all the SEO basics you need to know, as well as a guide to doing keyword research to find low competition keywords.

Why I still use Pinterest, just not as much

There is still value in using Pinterest. It has over 300 million users and some niches like food, beauty, fashion, and home decor do great on there. Some bloggers get 100,000 to 200,000 monthly visitors from Pinterest. Don’t write it off, just don’t make it your top priority.

Despite it’s unreliability I still use Pinterest, but not nearly as much as before.

I used to spend the majority of the day making pins, scheduling pins, repinning pins, etc. I spent hours trying to figure out how to make my pins better and get them to go viral. The usual Pinterest grind many bloggers do.

Now, I spend a few hours one day a week to batch create pins with Canva templates and schedule just 3 new pins a day. I still use the best Pinterest practices but I don’t live and die by the results, because realistically Pinterest isn’t my long game.

As long as they are screwing over so many content creators I’m not going to be invested in them.

That said, currently Pinterest is my best source of traffic until I go back and update the rest of my old posts for SEO.

The ultimate reason SEO is more important than Pinterest

Listen, the thing about Pinterest is that you have to keep feeding the beast.

If you stop pinning eventually the traffic will die off.

Yes you can have pins that send you traffic months and even years later, but without uploading new content the traffic will eventually trickle down.

SEO does not take as much daily maintenance. It’s good to update posts once in a while to keep the information relevant and keep building backlinks but you don’t have to work to promote each post every single day.

You can use that time to write new content, create new products, build courses, etc.

What good SEO really is

SEO isn’t necessarily hard, but it does require some knowledge and strategies.

On SEO Basics for Bloggers I go over what exactly this all means in depth, but the short version is this.

Your website needs to be fast. Studies show that most people will leave your page if it takes longer than 3 seconds to load, so Google will lower you ranking if your site is slow, especially on mobile as more people are using their phones to browse the web. Here are 9 things you can do to make your website faster.

You need to write good content that people are searching for, and most importantly that you can rank high on Google with. That means doing keyword research and finding low competition keywords. If you use a keyword that is high competition its going to be really hard to get in that top 10 spot.

Google likes articles that are at least 2000 words because that means it’s more likely to cover the topic thoroughly. Sometimes a shorter post will make it into the top 10 but that is the exception, not the rule. There is a basic structure you should use when writing posts that I go over how to write a good blog post. There is also a free printable with power words to make people click on your link when they see it in search results.

Google has to trust your website to rank it high in SERP (search engine results position).

To build that trust you need backlinks, which is what happens with another website links to your site although internal linking (linking to your own related posts in your article) is important too.

You can build backlinks by posting to social media, guest posting on blogs with higher domain authority (credibility and trust with Google) than you, and being featured on a site like HARO or Quora.

Backlinks is probably the most challenging for me personally, but I will eventually master it.

To sum up, both Pinterest and SEO are good tools for bringing in blog traffic. However when you’re first starting out, or even if you’ve been blogging for years, learning and implementing SEO is so important.

You never know when a social media platform is going to change and limit your exposure. Based on what I see in multiple blogging groups both Pinterest and Instagram have been changing their algorithms and so many content creators are getting burned.

You don’t ever want to be dependent on just one source for traffic. Learn SEO, implement it, and then start to build your social media traffic.

I hope this article was helpful for you. Please subscribe below if you would like to receive occasional newsletters with more blogging tips.

Pinterest is an image based search engine with over 300 million users. It’s no wonder that thousands of bloggers and businesses use it to attract customers. Pinterest can be a little tricky though, so we’re…

Lets talk about how to write the perfect blog post. It isn’t easy at first but there is a method to a great blog post, and that is learning the right way to structure a…

What’s the best way to optimize your blog for organic traffic? Whether you’re a brand new blogger or you’ve been blogging for a while but SEO wasn’t a priority until now, I’m going to share…

The most important part of being a successful blogger is knowing how to do keyword research so that you can get your posts ranking high on Google and other search engines. If you aren’t doing…

Pinterest is not just a social media platform or a way for moms to find DIY projects. It’s a visual search engine that can help you increase blog traffic Pinterest has over 300 million users…

If you want your blog or website to be successful you have to implement SEO (search engine optimization) and you have to do it the right way. There are some SEO mistakes you should avoid…

Welcome! Blogging by Design is a resource for bloggers to be educated about blogging, SEO, Pinterest, and everything you need to make your blog a success.

Thank you for visiting, subscribe to get regular updates. 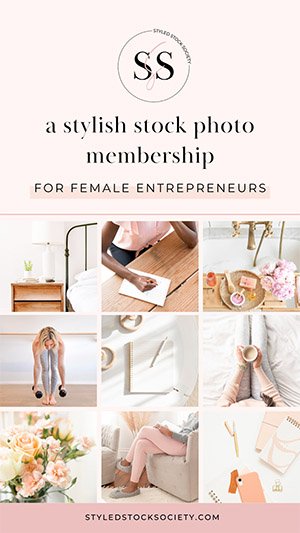 We use cookies to ensure you have the best experience on our website. By using this site you consent to the use of cookies.
Do not sell my personal information.
Cookie settingsACCEPT
Manage consent

This website uses cookies to improve your experience while you navigate through the website. Out of these, the cookies that are categorized as necessary are stored on your browser as they are essential for the working of basic functionalities of the website. We also use third-party cookies that help us analyze and understand how you use this website. These cookies will be stored in your browser only with your consent. You also have the option to opt-out of these cookies. But opting out of some of these cookies may affect your browsing experience.
Necessary Always Enabled
Necessary cookies are absolutely essential for the website to function properly. This category only includes cookies that ensures basic functionalities and security features of the website. These cookies do not store any personal information.
Non-necessary
Any cookies that may not be particularly necessary for the website to function and is used specifically to collect user personal data via analytics, ads, other embedded contents are termed as non-necessary cookies. It is mandatory to procure user consent prior to running these cookies on your website.
SAVE & ACCEPT